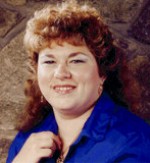 Citations et extraits (11) Voir plus Ajouter une citation
Le fils du passé de A. C. Crispin
They sat in silence, as the roar came again, dying away into a bubbling wail, and then there was only the sound of the wind, and the swish of the snow against the tent. McCoy swallowed.

What was that? he asked, very quietly.

Probably a sithar, Bones. Kirk supplied, helpfully. Very large predator. Looks like a cross between a musk ox and a lion. You remember, there was one painted on the wall. Scientists estimated them to be about the size of an Earth buffalo.

Carnivorous? McCoy asked, still in that quiet tone. Spock raised an eyebrow and glanced at Kirk, whose smile broadened.

Sure. Kirk replied. Their favorite meal is Chief Surgeons who dont have the sense to listen to their Commanding Officers

Commenter  Japprécie          20
Star Trek, tome 30 : Retour à Sarpeidon de A. C. Crispin
"Damn! I wish that once, just once, I could command a mission where everything goes perfectly. Everything. The transporter functions without a hitch . . ."