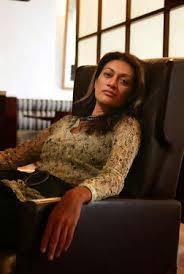 Citations et extraits (8) Ajouter une citation
Matarena, tome 1 : L'arbre à pain de Célestine Hitiura Vaite
Keeping a wedding a secret is like keeping any kind of secret. Its not complicated. Basically, when you bump into a relative, you bite your tongue for a few seconds and hurry to make small conversation. So far, in the space of half a day, Materena has bumped into six relatives and told them nothing of her secret plan. When they asked her, So, whats the news? She replied  with her normal voice  Theres no news Cousin. Its still the same, and hows everything with you?

When theres a love movie on the television, Materena sits on the sofa, her hands crossed, and her eyes focused on the TV screen. She doesnt broom or cut her toenails, she doesnt iron, or fold clothes. She doesnt do anything except concentrate on the movie.

Movies about love move Materena and sometimes it happens that she imagines shes the heroine.

The love movie tonight is about a woman who loves a man with a passion but, unfortunately, she has to marry another man  its the plan of her parents. Her future husband is not bad looking or mean. Its just that she feels nothing for that man. When she looks at him, its like shes looking at tree  whereas when she looks at the man she loves, her heart goes boom, boom, she wants to kiss him, and she wants to hold him tight.

The woman in the movie meets the man she loves one last time  it is a day before her grandiose wedding, and hes leaving for a far awy country, never to return, because its too much for him to bear to stay in the neighbourhood. Its easier for him to just disappear.

The lovers meet behind a thick hedge. They kiss, they embrace, then he falls to his knees, and declares: I will love you till I die, till I die I swear to God, you are the centre of my universe, my guiding light, the only one.

The heroine hides her face in her gloved hands and bursts into tears. Theres violin music, and a tear escapes from the corner of Materenas eye. Shes sad for the woman. She can feel the pain.

Zero movie! What a load of crap! This is Pitos comment.

In his opinion, there is too much crying in that movie, too much carrying on, no action. And the man, what a bébé la la  wake up to yourself.

Well go read your Akim comic in the kitchen. Materena wipes her eyes with her pareu.

But Pito is too comfortable on the sofa, and he wants to watch the end of that silly movie. Materena wishes she could transport Pito somewhere else. Hes been annoying her ever since the movie started with his comments and sighs.

Pito doesnt like movie about love. He prefers cowboy movies, movies with action and as little talking as possible.

Loana says shes through with men now and content with her life. She goes wherever she wants to, no need for authorization, a leave pass, nobody pestering her, asking where are you going, how long are you going to be, who are you going with, patati patata

Not that she goes anywhere. She likes to stay home.