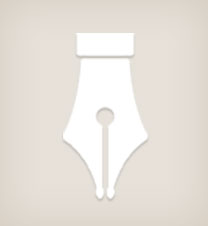 Citations et extraits (4) Ajouter une citation
The Curious Incident of the Dog in the Night-Time de Corinne Escales
And when the universe has finished exploding all the stars will slow down, like a ball that has been thrown into the air, and they will come to a halt and they will all begin to fall towards the centre of the universe again. And then there will be nothing to stop us seeing all the stars in the world because they will all be moving towards us, gradually faster and faster, and we will know that the world is going to end soon because when we look up into the sky at night there will be no darkness, just the blazing light of billions and billions of stars, all falling.

Except that no one will see this because there will be no people left on the earth to see it. They will probably have become extinct by then. And even if there are people still in existence they will not see it because the light will be so bright and hot that everyone will be burnt to death, even if they live in tunnels.

Commenter  Japprécie          40
The Curious Incident of the Dog in the Night-Time de Corinne Escales
And sometimes, when someone has died, like Mother died, people say, "What would you want to say to your mother if she was here now ?" or "What would your mother think about that ?", which is stupid because Mother is dead and you can't say anything to people who are dead and dead people can't think.