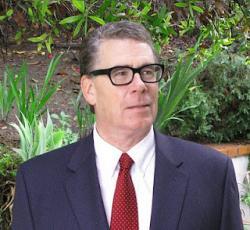 Citations et extraits (2) Ajouter une citation
Armies of Castile and Aragon 13701516 de John Pohl
Traditionally, Late Medieval European history focuses on the Hundred Years War in France, followed by Englands Wars of the Roses and the Swiss wars against Burgundy and the Empire. Attention shifts to Spain only after 1492, with the fall of Granada and the first explorations and conquests in the Americas. This may leave the reader with a sense of astonishment that, seemingly from nowhere, the Catholic Monarchs Fernando and Isabel were able to lay the foundation for the worlds first global empire.
Commenter  Japprécie          00
The Conquistador 14921550 de John Pohl
Gold soon began to haunt the imagination of Spaniards as the one commodity that could transcend the oppressive limitations of social rank. Columbus bluntly stated that a man with enough gold could even take souls to paradise. Yet by 1519, the Spanish Main was a pitiful shell of its former prosperity.
Commenter  Japprécie          00
Intégrer blog
Acheter les livres de cet auteur sur
Les Dernières Actualités Voir plus
Lecteurs de John Pohl (2)Voir plus