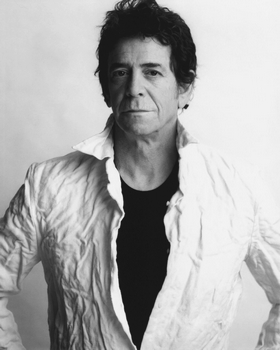 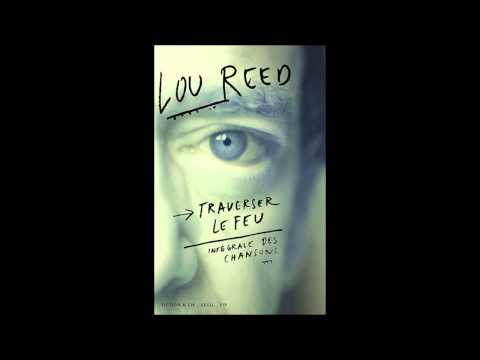 I dreamed I was president of these United States

I dreamed I replaced ignorance, stupidity and hate

I dreamed that I was uncorrupt and fair to everyone

I dreamed I wasnt gross or base, a criminal on the take

The team from the university was playing football on T.V.

Then the screen went dead and the announcer said

Theres been a tragedy, there are unconfirmed reports the

Presidents been shot, and he may be dead or dying.

I ran out the street

People were gathered everywhere saying did you hear what they

and then a guy in a Porsche with his radio on

hit his horn and told us the news

He said, The Presidents dead, he was shot twice in the head

in Dallas, and they dont know by whom.

I dreamed that I was president of these United States

I dreamed I could somehow comprehend that someone

shot him in the face

But I'm going to try for the kingdom if I can

Cause it makes me feel like I'm a man

When I put a spike in my vein

Then I'll tell you things aren't quite the same

When I'm rushing on my run

And I guess that I just don't know

Waves of fear attack in the night

Squat on the floor

Looking for some pill, the liquor is gone

Blood drips from my nose, I can barely breathe

Waves of fear Im too scared to leave

Im too afraid to use the phone

Im too afraid to put the light on

Im suffocating without a word

Crazy with sweat, spittle on my jaw

whats that on the floor

I curse at my tremors

I jump at my own step

I cringe at my terror

I hate my own smell

I know where I must be

I must be in hell

It was now mid-August which meant that he had been separated from Marsha for more than two months.

Two months, and all he had to show were three dog-eared letters and two very expensive long-distance phone calls.

True, when school had ended and she'd returned to Wisconsin and he to Locust, Pennsylvania she had sworn to maintain a certain fidelity.

She would date occasionally, but merely as amusement.

She would remain faithful. But lately Waldo had begun to worry.

He had trouble sleeping at night and when he did, he had horrible dreams.

He lay awake at night, tossing and turning underneath his printed quilt protector, tears welling in his eyes,

As he pictured Marsha, her sworn vows overcome by liquor and the smooth soothings of some Neanderthal,

Finally submitting to the final caresses of sexual oblivion. It was more than the human mind could bear.

Visions of Marsha's faithlessness haunted him.

And the thing was, they wouldn't understand who she really was.

He, Waldo, alone, understood this.

He had intuitively grasped every nook and cranny of her psyche.

He had made her smile, and she needed him, and he wasn't there. (Awww.)

The idea came to him on the Thursday before the Mummers Parade was scheduled to appear.

And had checked the mailbox to see if there was at least a word from Marsha.

There was nothing more than a circular form the Amalgamated Aluminum Company of America inquiring into his awning needs.

At least they cared enough to write.

It was a New York company. You could go anywhere in

the mails. Then it struck him: he didn't have enough

money to go to Wisconsin in the accepted fashion,

true, but why not mail himself? It was absurdly

delivery. The next day Waldo went to the supermarket

to purchase the necessary equipment. He bought

masking tape, a staple gun and a medium sized

cardboard box, just right for a person of his build.

He judged that with a minimum of jostling he could

ride quite comfortably. A few airholes, some water, a

selection of midnight snacks, and it would probably be

as good as going tourist.

By Friday afternoon, Waldo was set. He was thoroughly

packed and the post office had agreed to pick him up

and as he sat curled up inside, resting in the foam

to picture the look of awe and happiness on Marsha's

face as she opened the door, saw the package, tipped

the deliverer, and then opened it to see her Waldo

finally there in person. She would kiss him, and then

maybe they could see a movie. If he'd only thought of

this before. Suddenly rough hands gripped his package

and he felt himself borne up. He landed with a thud

in a truck and then he was off.

Marsha Bronson had just finished setting her hair. It

had been a very rough weekend. She had to remember

not to drink like that. Bill had been nice about it

though. After it was over he'd said that he still

respected her and, after all, it was certainly the way

of nature and even though no, he didn't love her, he

did feel an affection for her. And after all, they

were grown adults. Oh, what Bill could teach Waldo --

but that seemed many years ago. Sheila Klein, her

very, very best friend walked in through the porch

screen door into the kitchen. "Oh God, it's

"Ugh, I know what you mean, I feel all icky." Marsha

tightened the belt on her cotton robe with the silk

outer edge. Sheila ran her finger over some salt

grains on the kitchen table, licked her finger and

"I'm supposed to be taking these salt pills, but," she

wrinkled her nose, "they make me feel like throwing

Marsha started to pat herself under the chin, an

talk about that." She got up from the table and went

blue vitamins. "Want one? Supposed to be better than

steak." And attempted to touch her knees. "I don't

think I'll ever touch a daiquiri again." She gave up

and sat down, this time nearer the small table that

Sheila nibbled on a cuticle. "After last night, I

thought maybe you'd be through with him."

"I know what you mean. My God, he was like an

octopus. Hands all over the place." She gestured,

raising her arms upward in defense. "The thing is

after a while, you get tired of fighting with him, you

know, and after all he didn't really do anything

Friday and Saturday so I kind of owed it to him, you

know what I mean." She started to scratch. Sheila

was giggling with her hand over her mouth. "I'll tell

you, I felt the same way, and even after a while," she

bent forward in a whisper, "I wanted to," and now she

It was at this point that Mr. Jameson of the Clarence

Darrow Post Office rang the door bell of the large

opened the door, he helped her carry the package in.

He had his yellow and his green slips of paper signed

and left with a fifteen-cent tip that Marsha had

gotten out of her mothers small beige pocket book in

the den. "What do you think it is?" Sheila asked.

Marsha stood with her arms folded behind her back. S

he stared at the brown cardboard carton that sat in

the middle of the living room. "I don't know."

Inside the package Waldo quivered with excitement as

he listened to the muffled voices. Sheila ran her

fingernail over the masking tape that ran down the

center of the carton. "Why don't you look at the

return address and see who it is from?" Waldo felt

his heart beating. He could feel the vibrating

footsteps. It would be soon.

Marsha walked around the carton and read the

expectation. "Well, you might as well open it," said

Sheila. Both of them tried to lift the stapled flap.

"Ahh, shit," said Marsha groaning. "He must have

nailed it shut." They tugged at the flap again. "My

God, you need a power drill to get this thing opened."

They pulled again. "You can't get a grip!" They

"Why don't you get the scissors," said Sheila. Marsha

ran into the kitchen, but all she could find was a

little sewing scissor. Then she remembered that her

father kept a collection of tools in the basement.

She ran downstairs and when she came back, she had a

large sheet-metal cutter in her hand.

"This is the best I could find." She was very out of

into a large fluffy couch and exhaled noisily.

Sheila tried to make a slit between the masking tape

and the end of the cardboard, but the blade was too

big and there wasn't enough room. "Godamn this

"Just watch," said Sheila touching her finger to her

Inside the package, Waldo was so transfixed with

excitement that he could barely breathe. His skin

felt prickly from the heat and he could feel his heart

beating in his throat. It would be soon. Sheila

stood quite upright and walked around to the other

side of the package. Then she sank down to her knees,

grasped the cutter by both handles, took a deep breath

and plunged the long blade through the middle of the

package, through the middle of the masking tape,

(thud) right through the center of Waldo Jeffers head,

I'll be your mirror, reflect what you are

In case you don't know

I'll be the wind, the rain and the sunset

The light on your door

To show that you're home

When you think the night has seen your mind

that inside you're twisted and unkind

Let me stand to show that you are blind

Please put down your hands

Cause I see you

I find it hard

to believe you don't know

The beauty you are

But if you don't

Let me be your eyes

A hand to your darkness

So you won't be afraid

When you see the night has seen your mind

that inside you're twisted and unkind

Let me stand to show that you are blind

Please put down your hands

Cause I see you