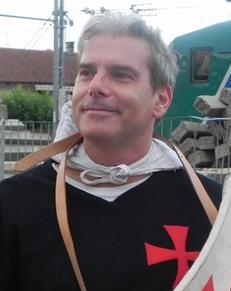 Citations et extraits (10) Ajouter une citation
Sea Peoples of the Bronze Age Mediterranean c.1400 BC1000 BC de Raffaele DAmato
By about 1200 BC the tide of invasion from Europe had swept across Asia Minor, broken up the Hittite Empire, and spread out over the coasts of Anatolia and the Fertile Crescent; here some of the invaders  also involving Semitic peoples in their migratory movement  began to settle permanently. Amidst all this turmoil, elements of older populations were dislodged; some mixed with the invaders to form new elements of the migratory flow, and others simply fled in search of new homes. As the disintegration of the older states progressed the Sea Peoples increased in numbers and diversity of tribes, extending their attacks towards the south and especially towards the Egyptian empire.
Commenter  Japprécie          00
Imperial Roman Warships 27 BC193 AD de Raffaele DAmato
This powerful navy allowed the Empire to maintain naval supremacy throughout Europe, North Africa and Western Asia for the first two centuries of its existence. Therefore Imperial Rome poured a great deal of manpower, money and resources into its navies, perfecting the use of warships not only at sea, but also on the great rivers of Europe. This meant that large quantities of soldiers, goods and materials could be transported by river, which was fundamental to the success of the great military operations in Germania and Dacia. As correctly noted by Pitassi, water was one of the key elements that decided how the Empire would grow and expand.
Commenter  Japprécie          00
Roman Centurions 75331 BC The Kingdom and the Age of Consuls de Raffaele DAmato
The history and image of the ancient Roman war machine are inextricably linked with the figure of its most famous class of officer  the centurio, marked out by the transverse crest (crista transversa) on his helmet, the decorated greaves (ocreae) protecting his legs, and the Latin vine-staff (vitis latina) in his right hand. These men were the true architects of the victories and of the triumphs of the Roman legions, both by the discipline they instilled in their men  sometimes with extreme brutality  and by the military virtues and exemplary bravery they displayed on campaign and in battle.
Commenter  Japprécie          00
Early Aegean Warrior 50001450 BC de Raffaele DAmato
For the first time, these populations imported to the region the copper utilized to make weapons, tools and objects for everyday use. About 3000 bc a new wave of migration apparently occurred in the Aegean, most likely from Asia Minor. These people used bronze, a revolutionary material in ancient human history made from an alloy of copper and tin, thus introducing the Bronze Age. Early Cycladic civilization  the forerunner of the first true Greek culture  rises at about the same time as the early Egyptian and Mesopotamian civilizations.
Commenter  Japprécie          00
Imperial Roman Naval Forces 31 BCAD 500 de Raffaele DAmato
Incredibly, in the 3rd century BC Rome had little or no navy to speak of when she embarked on the first of three titanic struggles with the foremost seafaring power of the day, Carthage. Equally remarkably, the Romans at first copied and then surpassed the better technology of their Carthaginian enemies. The Romans admirable capacity for organization, combined with their practical common sense, more than made up for their early deficiencies in naval equipment and tactics, and they destroyed Carthaginian maritime power forever.
Commenter  Japprécie          00
Roman Centurions 31 BCAD 500 The Classical and Late Empire de Raffaele DAmato
I wanted to hold slaughtered Dacians. I held them.

I wanted to sit on a chair of peace. I sat on it.

I wanted to take part in famous triumphs. It was done.

I wanted the full benefits of a chief centurion. I have had them.

I wanted to see naked nymphs. I saw them.