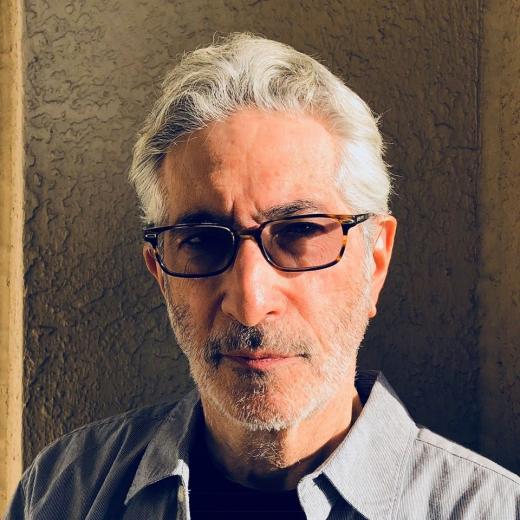 Citations et extraits (9) Ajouter une citation
Psycho USA de Harold Schechter
As Whorton documents, arsenic was also a common ingredient in paints, clothing fabrics, toys, wallpaper, candles and countless other commercial items. In short - for all the infamous Borgias that the Victorian era produces - the average person was far more likely to suffer arsenic poisoning from a household product than from a homicidal maniac.
Commenter  Japprécie          20
Deviant. The True Story of Ed Gein, the Original "Psycho" de Harold Schechter
Eddie's tastes, of course, aren't limited to Nazi horror stories. He has a special fondness for South Seas adventure yarns, particularly ones concerning cannibals and headhunters. Only recently, he came across a supposedly true-life narrative that he can't seem to get out of his mind. It concerned a man who murdered a wealthy acquaintance and escaped on his yacht, only to be shipwrecked on a Polynesian isle, where he was captured, tortured, and flayed by the natives. Of particular interest to Eddie was the graphic description of the process used to shrink and preserve the victim's head, though he also enjoyed the part about the drum that had been fashioned by stretching the skin of the dead man's abdomen across a hollow gourd.
Commenter  Japprécie          10
Man-Eater: The Life and Legend of an American Cannibal de Harold Schechter
Far more fun to watch is Cannibal! The Musical (All Singing! All Dancing! All Flesh Eating! as the ad slogan proclaims. Written by, directed by, and starring Trey Parker [] this crudely hilarious satire, a kind of demented Oklahoma!, introduces Packer as a light-hearted innocent, enlisted to lead a group of prospectors from Utah to Colorado after the original guide, Lucky Larry, is incinerated by lightning.
Commenter  Japprécie          10
Psycho USA de Harold Schechter
Deploying state-of-the-art MRIs and other high-tech devices to scan the brains of imprisoned psychopatic killers, researchers such as Kent Kiehl of the University of New Mexico and Jim Fallon of the University of California have become convinced that damage to those areas of the brain responsible for compassion, inhibition, and moral choice can significantly reduce a person's reluctance to harm others.

Even proponents of this theory, however, concede that other factors have to be present to turn someone into a serial killer.

Extreme parental maltreatment is prominent among them. (...) Some genetic component might also be at work.

In short, it appears to require a witch's brew of three toxic ingredients to produce a serial murderer: damage to particular brain areas, extreme childhood abuse, and an inheritance of specifi genes thought to be associated with aggression and violence.
Commenter  Japprécie          00
Depraved. The Definitive True Story of H.H. Holmes Whose Grotesque Crimes Shattered Turn-of-the-Century Chicago de Harold Schechter
It is impossible to say who first christened the building with its byname. Perhaps it was a neighborhood resident, paying tribute to the imposing look of Holmes's creation. Or perhaps it was Holmes itself, whose talent for self-promotion matched his grandiose ambitions. Whatever the case, soon after its completion, Englewood's citizens began referring to the new building as 'the Castle'.

In later years, of course, that name would be modified, and the looming structure at the corner of Wallace and Sixty-third streets would become known to the world by other phrases:

Bluebeard's Castle. Murder Castle. Nightmare Castle. The Castle of Horror.
Commenter  Japprécie          00
Depraved. The Definitive True Story of H.H. Holmes Whose Grotesque Crimes Shattered Turn-of-the-Century Chicago de Harold Schechter
Holmes commenced his handwritten account in midsummer 1895. By early fall, Holmes' Own Story was already on the stands, published by the Philadelphia firm of Burk & McFethridge. [...] Though Holmes had a taste for good fiction [...], his own book is more or less completely devoid of literary merit, veering wildly between mawkish sentimentality and lurid melodrama. What unifies the work is its overwritten styleprose, as one commentator put it, 'of the most vibrant purple'and its shamelessly self-serving intent. For all his attempts to project an air of candor and sincerity, his deeply manipulative nature comes through in every line.
Commenter  Japprécie          00
Psycho USA de Harold Schechter
Whatever the sociopolitical roots of the phenomenon, one factor certainly contributed to the prevalence of poison murders in the 1800s. Back then, arsenic was everywhere, as readily available to aspiring Borgias as aspirin is today.
Commenter  Japprécie          10
Man-Eater: The Life and Legend of an American Cannibal de Harold Schechter
This final, outlandish observation became the source of one of the many sensational rumors that would surround the Packer case for years to come: that, during his original confession, Packer "acknoledged that he had grown quite found of human flesh, and coolly said that he found the breast of man the sweetest meat he had ever tested."
Commenter  Japprécie          00
Deviant. The True Story of Ed Gein, the Original "Psycho" de Harold Schechter
Sifting through the rubble of Ed Gein's house was like conducting an archeological dig in hell.
Commenter  Japprécie          10
Intégrer blog
Acheter les livres de cet auteur sur
Les Dernières Actualités Voir plus
Auteurs proches de Harold Schechter