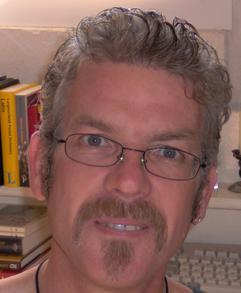 Citations et extraits (9) Ajouter une citation
The walls of Rome de Nic Fields
Cicero may have once boasted that Romulus had from the outset the divine inspiration to make his city the seat of a mighty empire (De re publica 2.10), but in the early days of its career nothing seemed to single out for future greatness a puny riverine settlement that long lay dormant.
Commenter  Japprécie          10
Ancient Greek Fortifications 500300 BC de Nic Fields
As an agrarian-based society, the polis controlled and exploited a territory

(chora), which was delimited geographically by mountains or sea, or by proximity to another polis. The nearest and most powerful neighbour was the natural enemy. Border wars were thus common, as were inter-polis agreements and attempts to establish territorial rights over disputed areas. Autonomy was jealously guarded, but the necessities of collaboration made for a proliferation of foreign alliances, leagues of small communities, usually ethnically related, and hegemonies. There was also constant interchange and competition between poleis, so that despite their separate identities a common culture was always maintained.
Commenter  Japprécie          00
Hadrians Wall AD 122410 de Nic Fields
The frontiers of the empire took many forms. Some of them were completely open with scarcely any boundary definition, while a military road marked others. Some of them followed the lines of rivers, while others were closed off with manmade barriers. The latter were not of uniform design, except that most were accompanied by one or more ditches. Hadrians Wall was extremely elaborate, composed of three separate defensive features, a ditch to the north, then the wide stone curtain-wall with turrets, milecastles and forts strung out along it, and finally a larger earthwork to the south. Running some 75 miles from sea to sea, it has been justifiably described as over the top.
Commenter  Japprécie          00
Mycenaean Citadels c. 13501200 BC de Nic Fields
Fortification systems are pre-eminently the materialised expression of the human fear of being attacked, and of losing life, freedom or property. Thus for as long as humankind has required protection it has built fortifications. Put simply, the art of fortification consists of the combination of terrain with available materials to form defences. Conversely, siegecraft concerns the attack of these fortifications. Throughout history there has been a changing balance between attack and defence as technology and tactics swing the advantage first one way and then the other. The prehistoric period is no different in this respect.
Commenter  Japprécie          00
Early Roman Warrior 753321 BC de Nic Fields
Polybios (12.25g.l) once wrote that it was nigh on impossible for a man lacking in the experiences of warlike pursuits to write about war. The same could certainly be said of the tactical component of warfare, the battle. It is within the arena of the battlefield that the nameless soldier witnesses the greatest violence in war. For him it is a wildly unstable physical and emotional environment: a world of boredom and bewilderment, of triumph and terror, of anger and angst, of courage and cowardice. It is a chaotic world that most of us are fortunately unfamiliar with.
Commenter  Japprécie          00
Roman Republican Legionary 298105 BC de Nic Fields
The classic vision of the Roman legionary that passes through the mind's eye is of legion after legion of seasoned, ironclad veterans, advancing to disseminate death and panic in precise order, their standards floating high and their helmets glinting in the sun. This glamorized picture of the Roman legionary in his primary fighting role is perhaps extreme, but there is enough accuracy in it to justify its retention. Still, as will become clear, it was not always so.
Commenter  Japprécie          00
Troy c. 17001250 BC de Nic Fields
Ilium was for a considerable period to the Heathen World, what Jerusalem is now to the Christian, a sacred city which attracted pilgrims by the fame of its wars and woes, and by the shadow of ancient sanctity reposing upon it.
Commenter  Japprécie          00
Spartacus and the Slave War 7371 BC : A gladiator rebels against Rome de Nic Fields
Roman society was a slave society simply because slavery as an institution dominated the Roman mentality. After all, libertas, freedom, was defined as not being enslaved.
Commenter  Japprécie          02
Tarentine Horseman of Magna Graecia 430190 BC de Nic Fields
An army marches on its stomach. Nevertheless, an army also needs its sleep and our campaigning horseman, be he citizen or mercenary, was no exception.
Commenter  Japprécie          00
Intégrer blog
Acheter les livres de cet auteur sur
Bibliographie de Nic Fields(16)Voir plus

The Roman Army of the Princi..