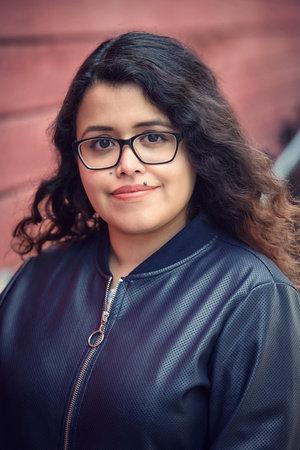 Citations et extraits (7) Ajouter une citation
Gods of jade and shadow de Silvia Moreno-Garcia
Some people are born under a lucky star, while others have their misfortune telegraphed by the position of the planets. Casiopea Tun, named after a constellation, was born under the most rotten star imaginable in the firmament. She was eighteen, penniless, and had grown up in Uukumil, a drab town where mule-­drawn railcars stopped twice a week and the sun scorched out dreams. She was reasonable enough to recognize that many other young women lived in equally drab, equally small towns. However, she doubted that many other young women had to endure the living hell that was her daily life in grandfather Cirilo Leyvas house.

Cirilo was a bitter man, with more poison in his shriveled body than was in the stinger of a white scorpion. Casiopea tended to him. She served his meals, ironed his clothes, and combed his sparse hair. When the old brute, who still had enough strength to beat her over the head with his cane when it pleased him, was not yelling for his grandchild to fetch him a glass of water or his slippers, her aunts and cousins were telling Casiopea to do the laundry, scrub the floors, and dust the living room.

There are only two plots, Lucia had told her one evening. A person goes on a journey and a stranger comes into town. Amelia couldn't tell if this was one or the other.

What do you do in the meantime? she wondered. What do you do while you wait for your plot to begin?
Commenter  Japprécie          00
Prime Meridian de Silvia Moreno-Garcia
New Panyu seemed the best set, the largest settlement. They'd quizzed each other in Mandarin. Yi sheng yi shi, whispered against the curve of her neck. Funny how 'I love you' never sounded the same in different languages. It lost or gained power. In English, it sounded so plain. In Spanish, it became a promise.
Commenter  Japprécie          00
Intégrer blog
Acheter les livres de cet auteur sur
Les Dernières Actualités Voir plus
Auteurs proches de Silvia Moreno-Garcia